The Church of Saint-Sulpice was built over a period of 134 years by six different architects. The last phase of building, begun in 1732, never got finished, so the two western towers don’t match. In the end, it’s a great echoing barn of a place, famous for two things; first, the sound of its organ, which has been the preferred instrument of generations of great French composers (Widor, Franck, Dupré); and second, for the kind of sentimental religious art which produces droopy plaster saints. The Lady Chapel is a splendid example of this genre, and the square outside is surrounded by shops selling holy medals etc. This sort of art, indeed, is known in French as ‘sulpicien’. Also in the square is rather a nice fountain with four stone bishops sitting on thrones, water running out beneath them. 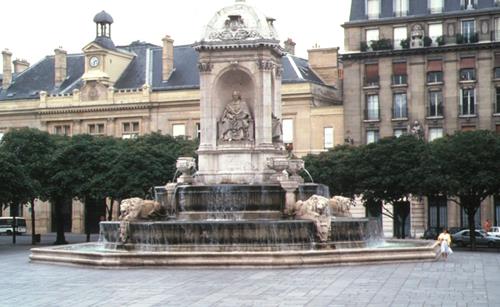 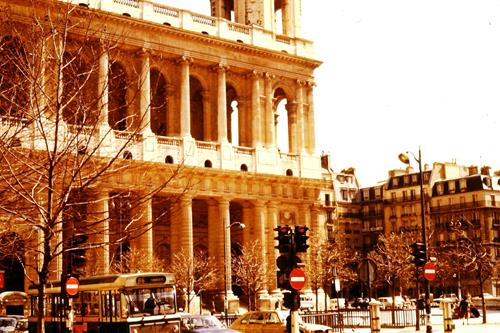 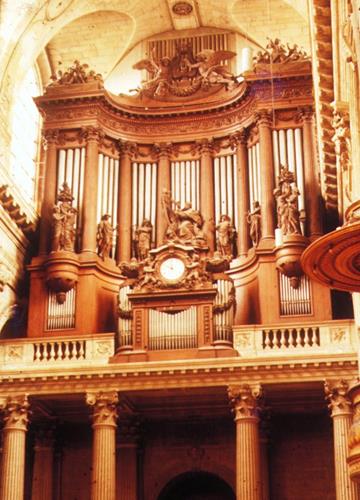 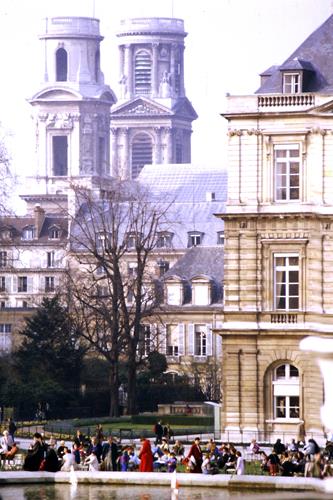 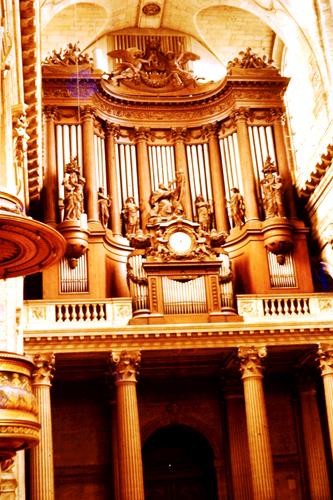 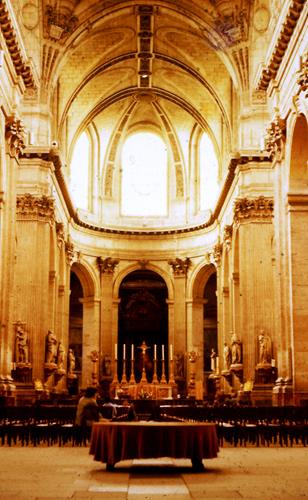 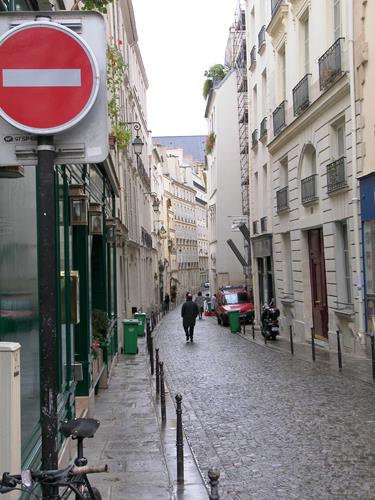 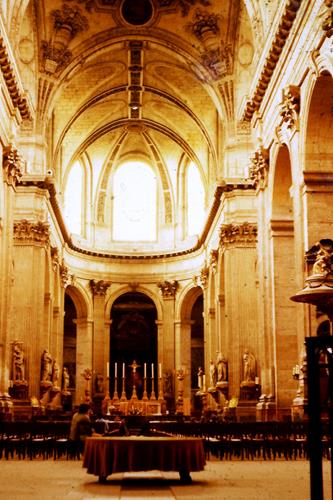 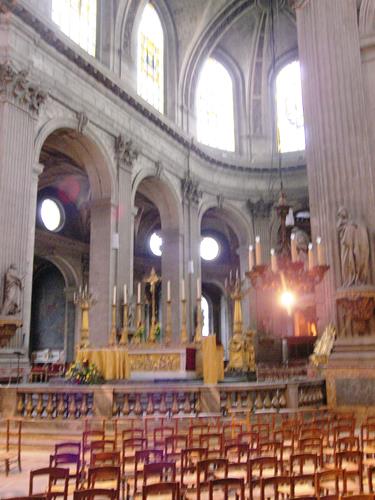 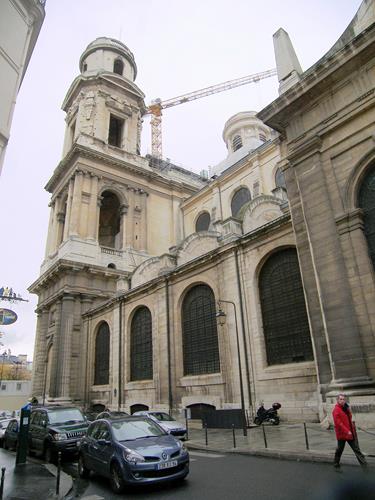 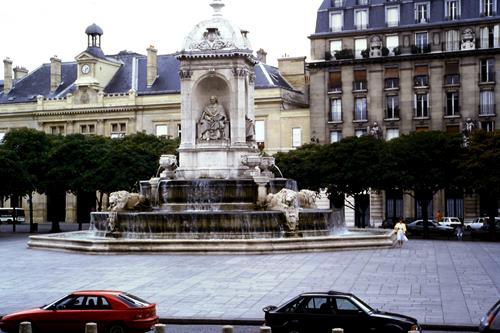 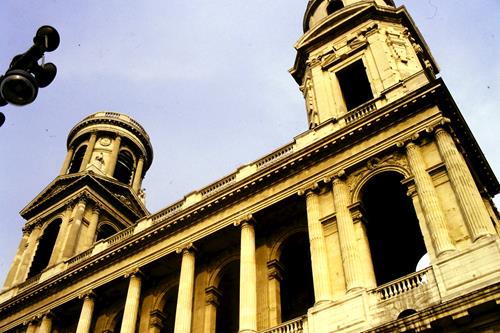 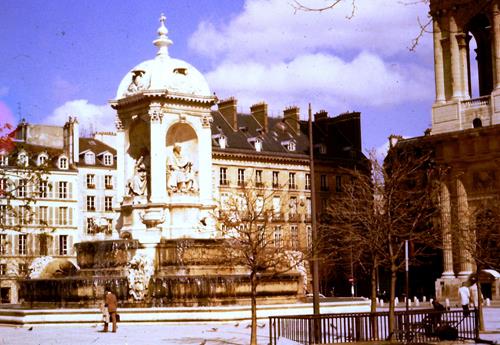 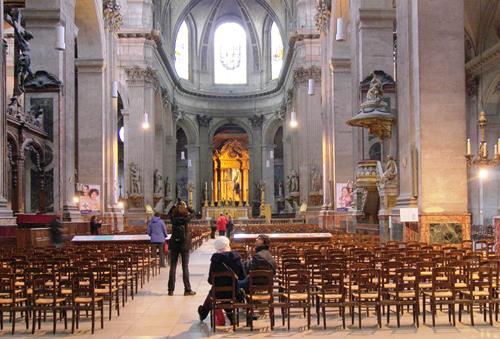 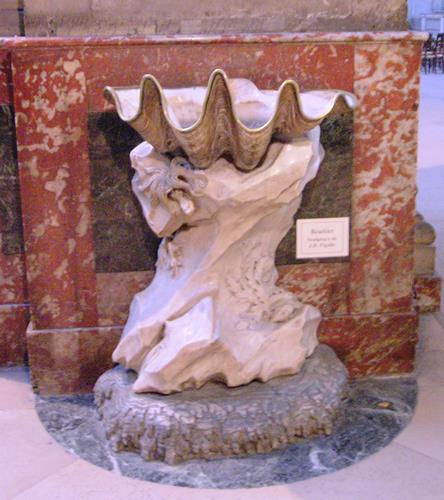 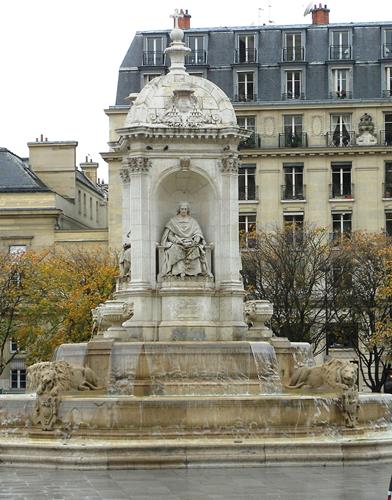 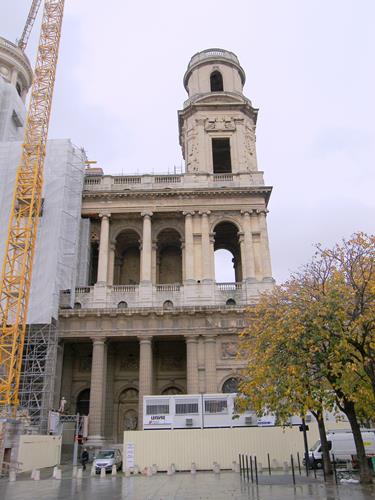 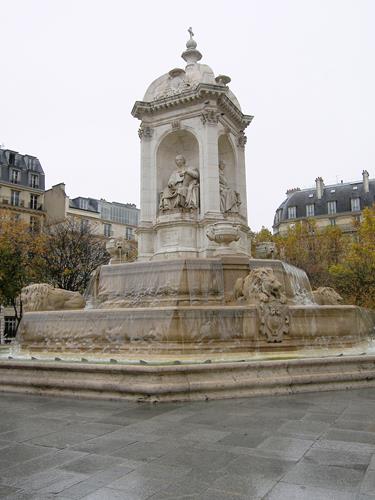 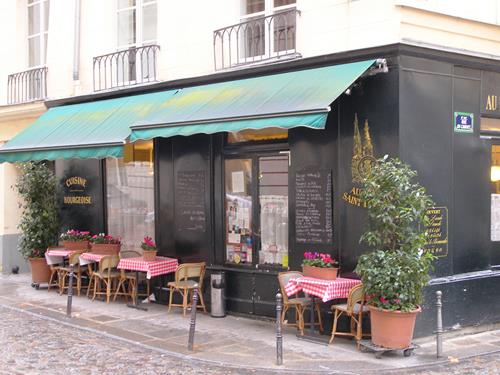 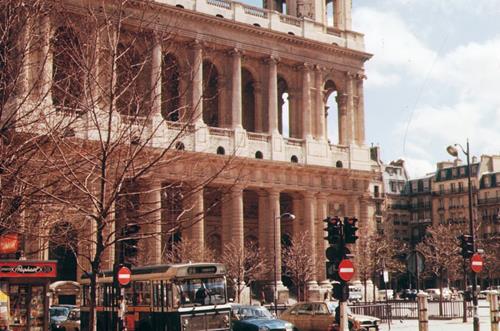 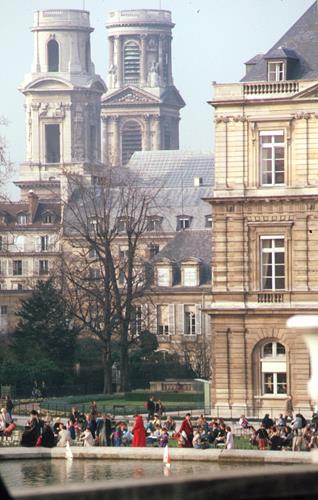