The Hill of Monmartre – La Butte – was far outside the walls of Paris until the nineteenth century. Its name probably comes from a Roman Temple of Mercury (Mons Mercurii); but an old legend makes it the Mount of Martyrs. The story goes that Saint Denis, Patron Saint of France, was Bishop of Paris during one of the last waves of persecution before the Roman Empire became, at least officially, Christian. Bishops always being first on the chopping list, he was taken to the top of the hill, along with two saintly chums, to have his head removed. For some reason he objected, not to the programme but to the venue; preferring to be executed – and buried – in a village three miles further North. The executioner expressed his deep regret at his unfortunate ability to comply – or words to that effect – and did the job where he was. Whereupon Denis stood up, picked up his head, and marched off to the North to get himself buried. Although the grave is still there as evidence, it is only fair to point out that not a lot of people actually believe this story. The village around the tomb, however, now a large town, is still called Saint-Denis; the basilica there was for centuries the burial-place of the Kings of France. And in stained-glass windows it’s always easy to spot which Saint is Denis; he’s the one with ‘is ‘ead in ‘is ‘and. Montmartre itself developed over the years as a village with steep, winding streets, many composed entirely of steps, leading up to what is now the highest point in Paris. It was from the earliest times a favourite place for artists, notably – at the end of the last century – the Impressionists. Round the base of the hill, dance-halls and night-clubs grew up, creating – with the help of the artists – the whole legend of ‘Gay Paree’. The night-clubs are still there, in the Place Pigalle and Place Blanche and round about. Pigalle, at the end of the Second World War, was an area reserved for American Army officers, and so well guarded by Military Police that the GIs called it ‘Pig Alley’. In Place Blanche is the most famous of all the night-spots, and the oldest though its building is new; the Moulin Rouge. The name means the red mill; the hill of Montmartre was once covered with windmills, some like this one converted to dance halls. The imitation mill in Place Blanche is one of only two remaining. The independent Commune of Montmartre claims that it mills its own flour and grows its own wine – in Paris’ only vineyard. A few bottles a year, that’s all, and ninety percent vinegar.As the night-clubs began to attract tourists, prices went up in Montmartre and the artists moved out, mainly to Montparnasse; but painters can still be seen exhibiting their work for tourists in the Place du Tertre. If you want a quick portrait or silhouette of yourself, this is the place; as it is for imitation Rembrandts and sentimentalised views of Old Paris. The quality of the paintings is by no means always as high as the prices. 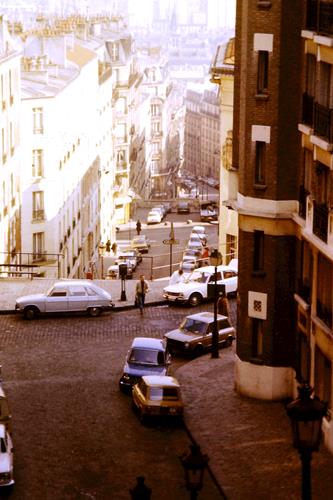 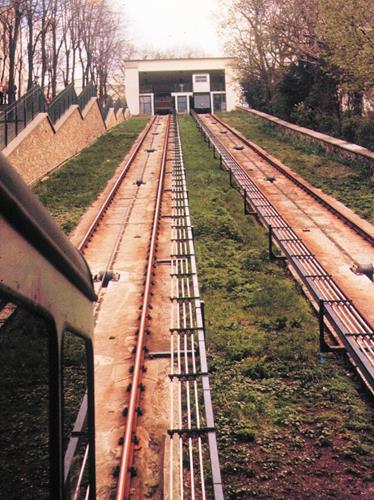 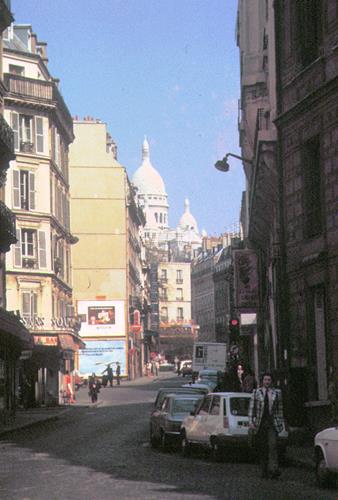 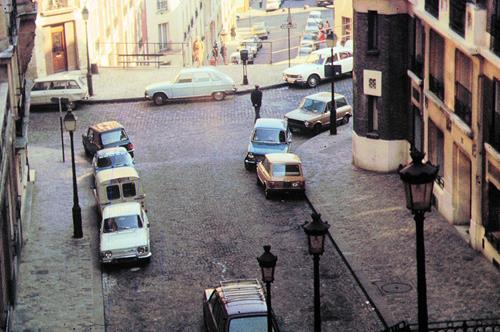 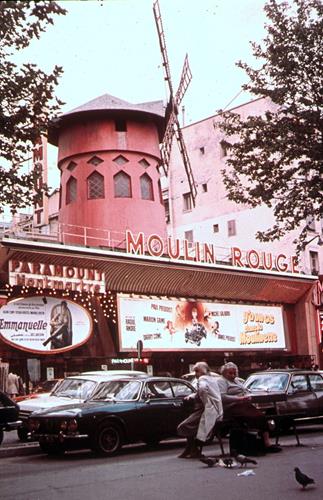 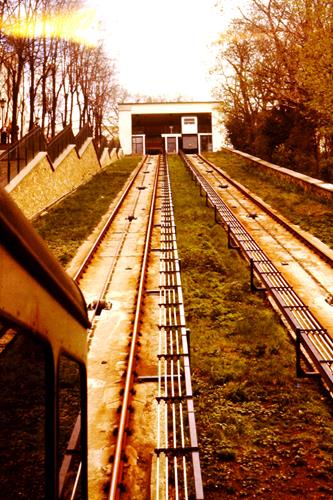 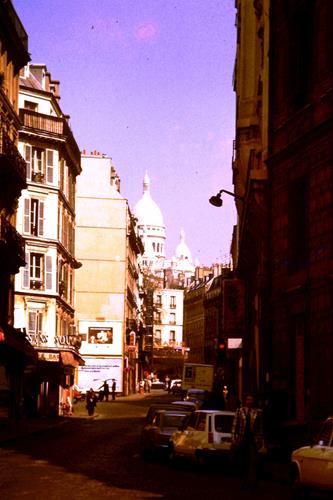 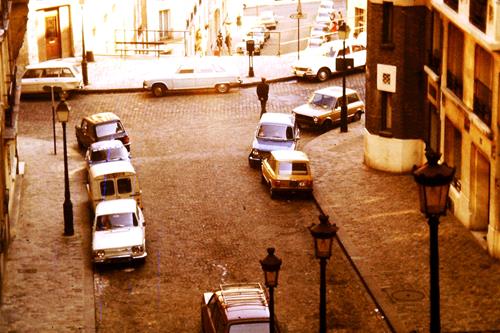 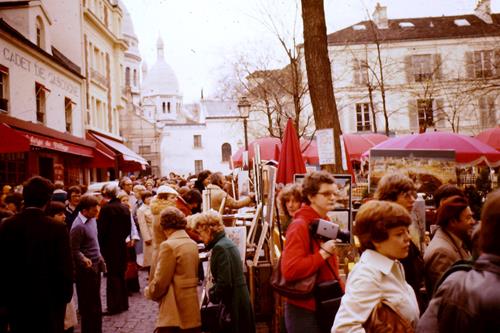 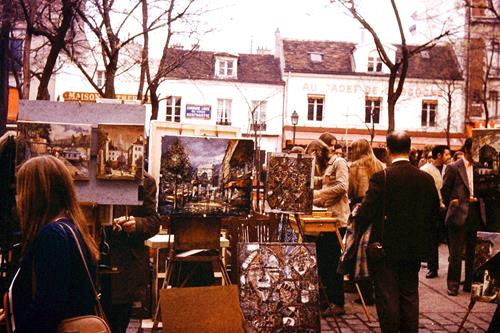 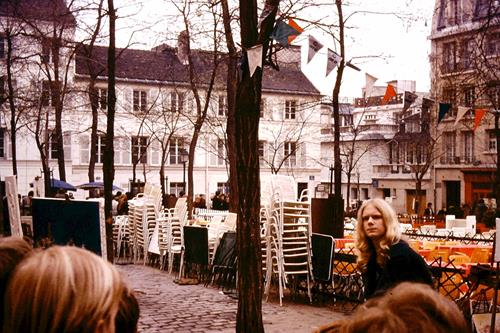 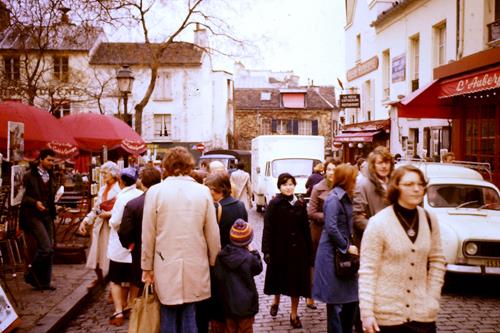 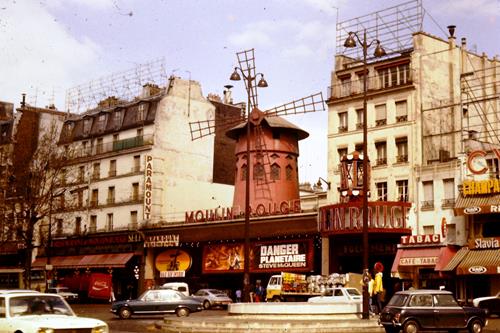 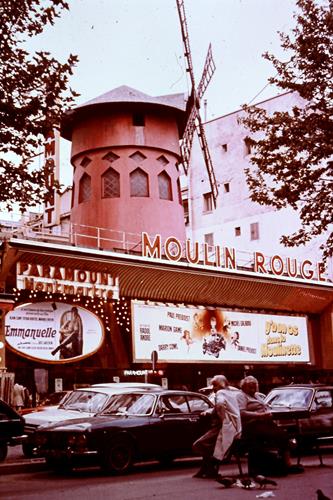