Work began at the top of the Rue Royale, North of Place de la Concorde, in 1734. A fairly run-of-the-mill Renaissance church was planned.
In 1777, however, the architect died, and his successor decide to pull down what had been built so far and put up a Classical Stock Exchange instead.
This project ran into difficulties, and the plans were altered in turn to suit a Library, a Parliament building, a Court house, and a Bank.
In 1806 Napoleon had it all pulled down and ran a competition to design a replacement which would be a Temple to the Glory of the French Army.
The design which won the competition didn’t suit Napoleon, so he asked Vignon (one of the judges) to do the job.
Vignon produced the final design, an enormous Greek Temple surrounded by 52 pillars each 65 feet high.
After the fall of Napoleon, Louis XVIII ordered the builders to carry on with the job, but to make it a church.
In 1841 the building, almost finished, was nearly turned into Paris’ first railway-station,
but it was finally consecrated in 1842 as the Church of Saint Mary Magdalene - La Madeleine.
Inside it’s very cool, rich and highly decorated, all silver and gold.
Under that ordinary-looking roof there are three domes. The church is now famous for its music. 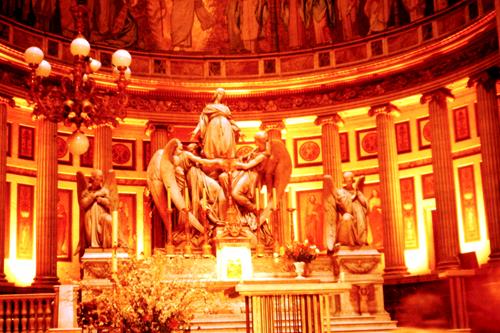 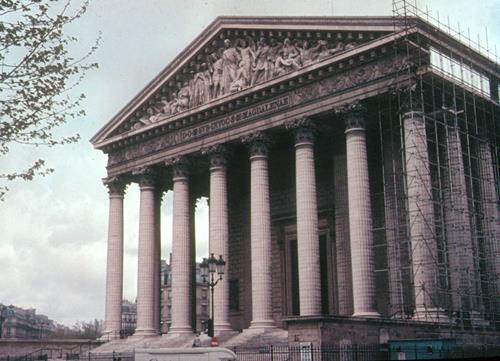 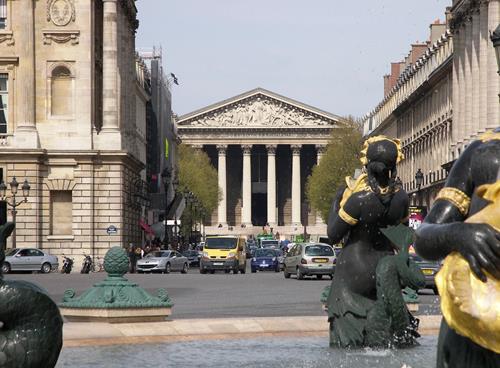 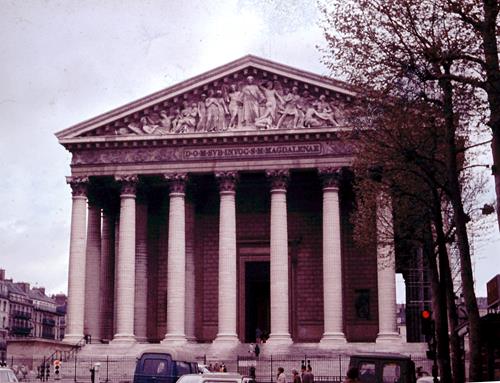 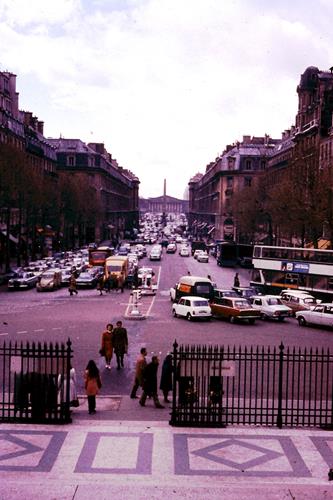 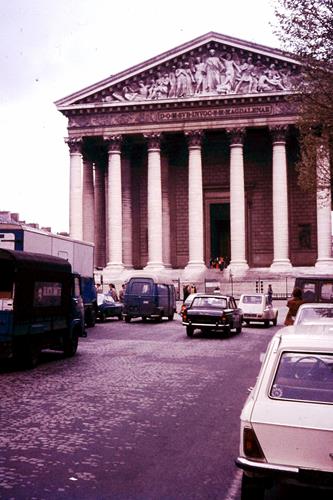 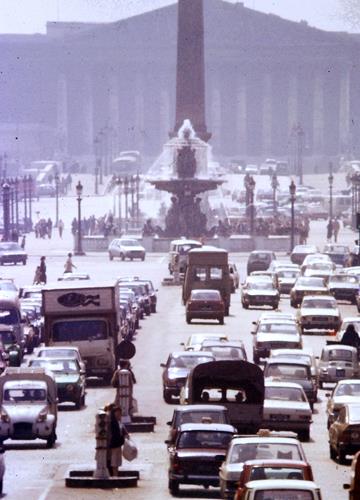 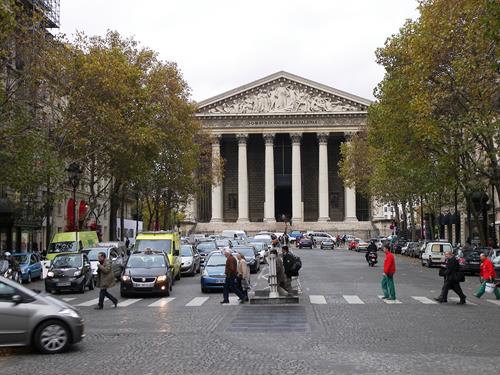 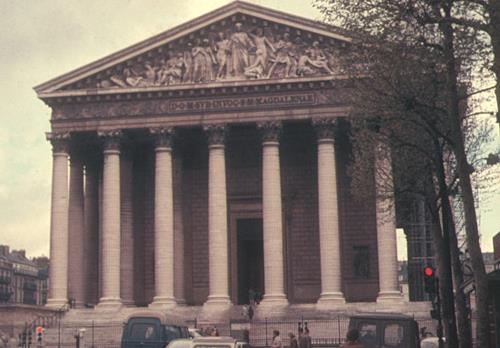 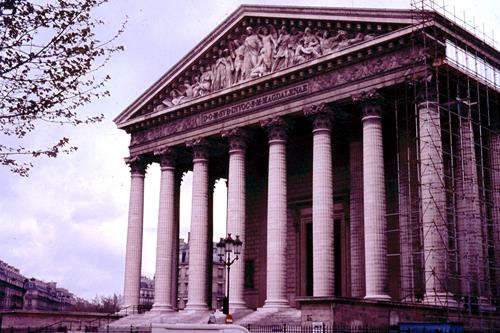