The HÔTEL NATIONAL DES INVALIDES was built as a barracks for 7,000 men - mostly old wounded soldiers - in the reign of Louis XIV. It now houses about 100 old codgers, part of the Army Headquarters, and an enormous Military Museum. The main courtyard, lined with old guns under a grand arcade, is overlooked by the most famous statue of Napoleon, the one known as ‘Le Petit Caporal’ – enormous hat, brooding expression, hand on wallet. The Museum, which occupies most of the left-hand side of the building, spreads over several floors, and traces the French Army from the Middle Ages to Vietnam. Don’t miss the top floor, Le Musée des Plans-reliefs, where there are vast three-dimensional models of fortified towns and battlefields. Observe, too, a strange anomaly. Young people in full-time education are entitled to free entry to all Museums belonging to the state; but Les Invalides belongs to the Army, so you have to pay. In the centre of Les Invalides you will find two churches, back-to-back; St. Louis’ and the Dome. Captured flags hang in St. Louis’; there used to be thousands more, but they were burned to prevent their recapture in 1814. Under the Dome, in a crypt specially dug and taking up nearly all the floor space, lie the remains of Napoleon I, brought back from St. Helena in 1840. The body is in a tin coffin inside an iron coffin in a mahogany coffin in a lead coffin in another lead coffin in an ebony coffin in an oak coffin in a five-ton red porphyry sarcophagus on a green granite base. That lot ought to hold the little blighter down. Around him are the tombs of his son and the Marshals of France. The other great claim to fame of Les Invalides is that the French Revolution started here, because it was here that the mob came to steal weapons for the storming of the Bastille. 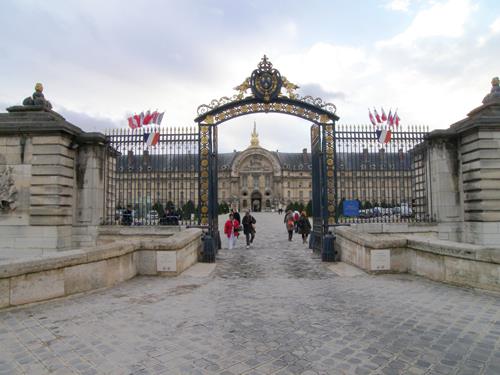 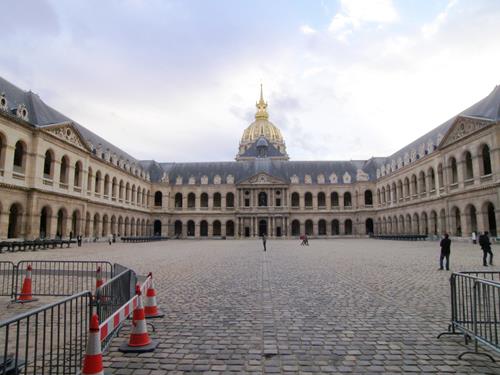 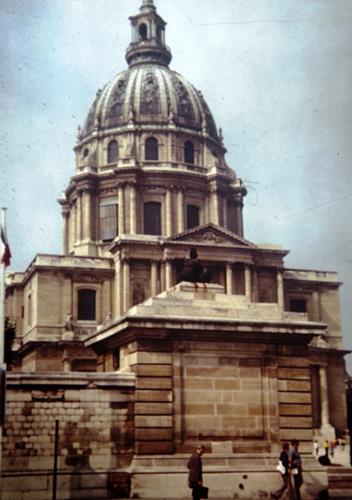 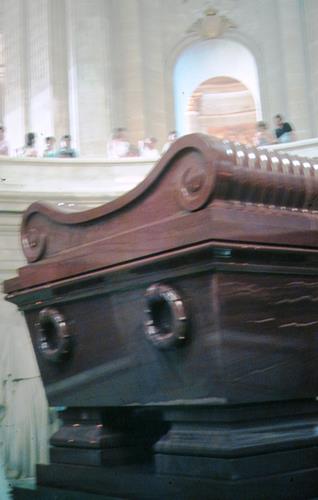 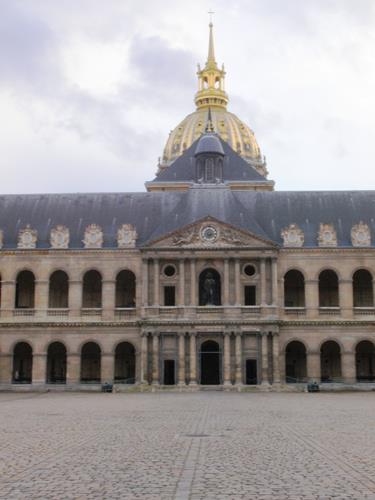 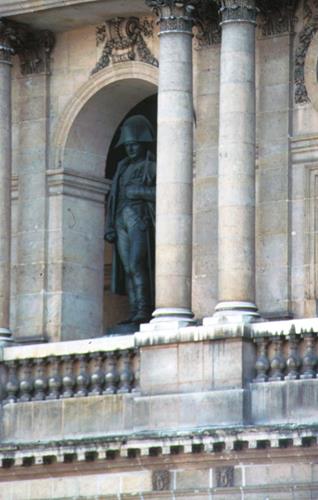 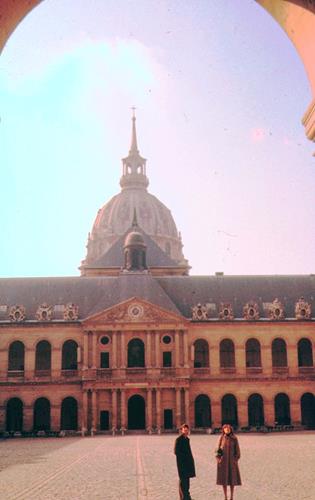 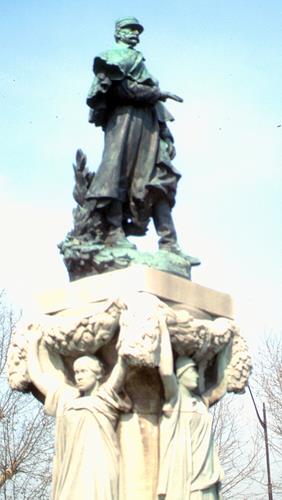 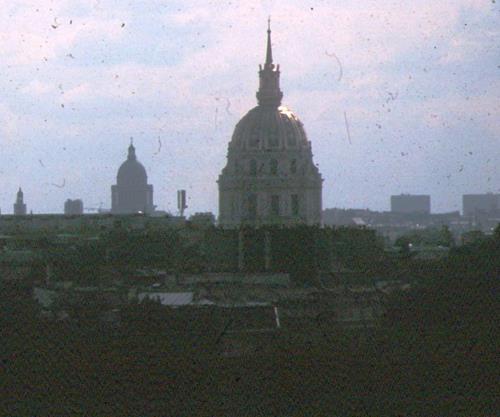 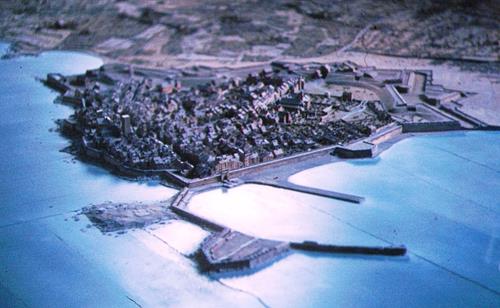 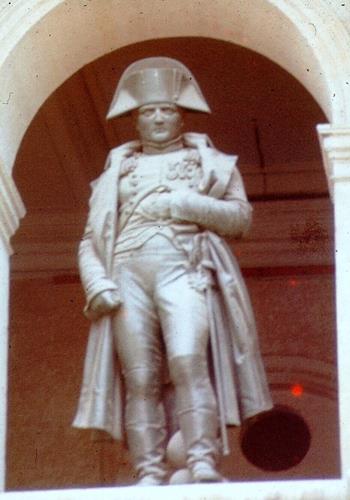 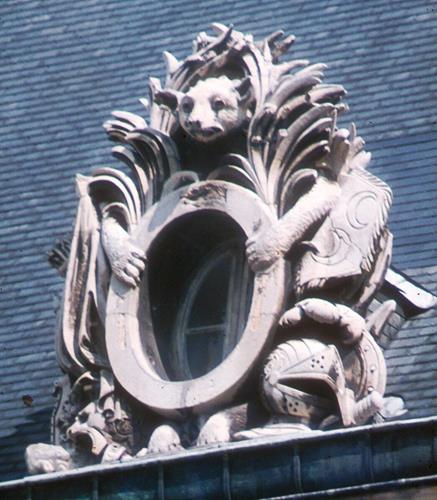 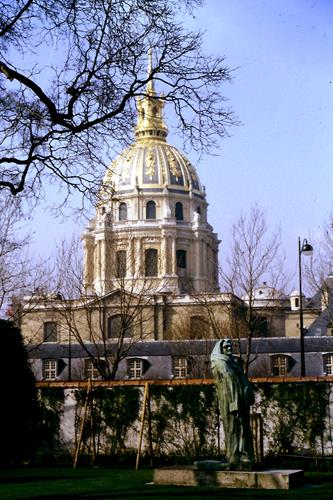 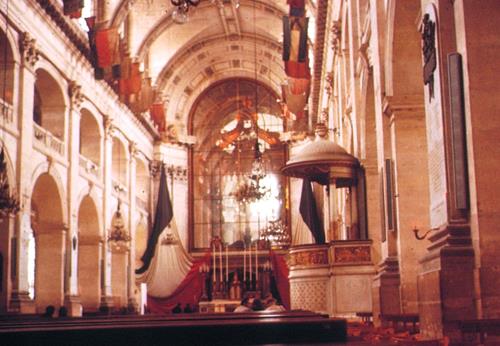 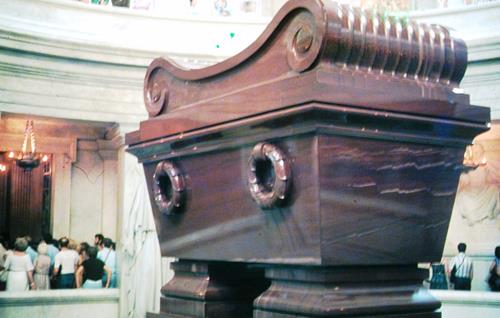 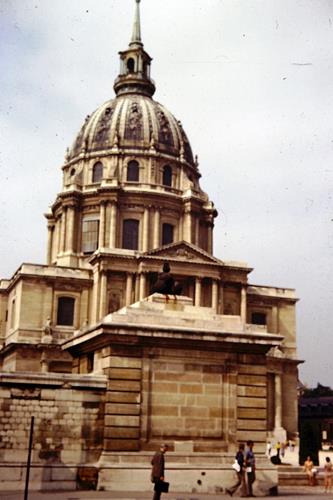 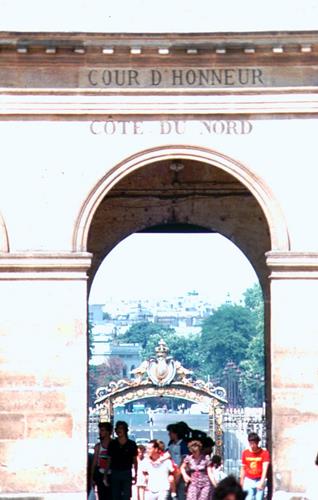 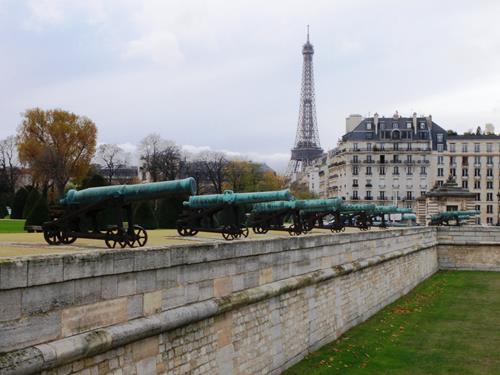 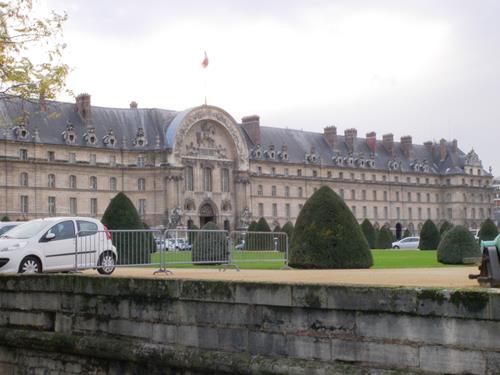 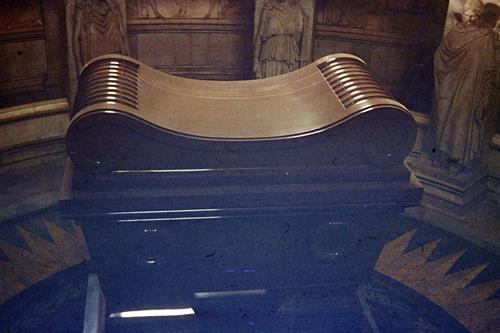