The Île des Cygnes is a long, narrow artificial island near the Eiffel Tower, with things worth seeing at each end. At the North end is the PONT DE BIR-HAKEIM, originally the Viaduc de Passy. It is a double-decker bridge, an ordinary stone bridge with another iron one built on top to take the metro. This particular line runs round the North of Paris and is built for long stretches on a continuous bridge above the boulevards; which is why it’s called the Metro and not the Underground. At the other end of the island is the Statue of Liberty. Not the original, no. The French offered the big statue to the USA for giving them the idea of having a Revolution. It was designed by a sculptor called Bartholdi and cast in sections in his studio. (When they put it together they had to take the roof off.) The original model, six feet tall, is in the Musée des Techniques. Then the bits went off to New York and were assembled at the entrance of the harbour. In return, the Americans made a thirty-foot copy and sent it to France, where it stands here at the entrance to the port of Paris - a busy harbour, though it takes only barges. Opposite the Île des Cygnes on the right bank is the round, white Maison de l’ORTF, the original French TV centre. 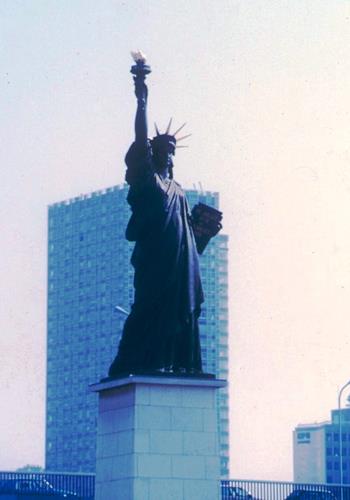 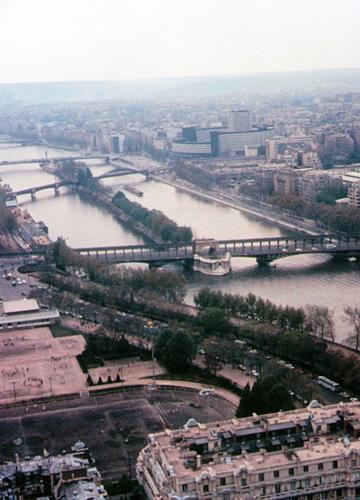 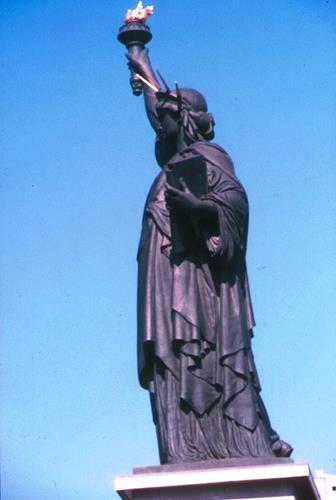 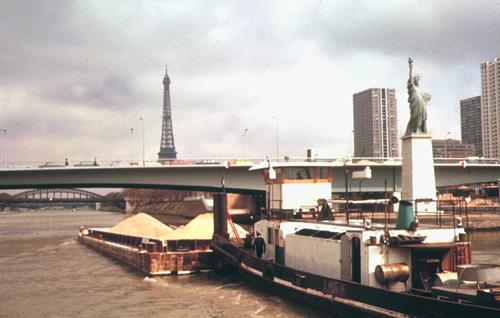 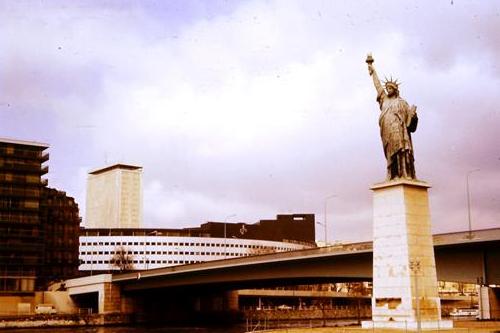 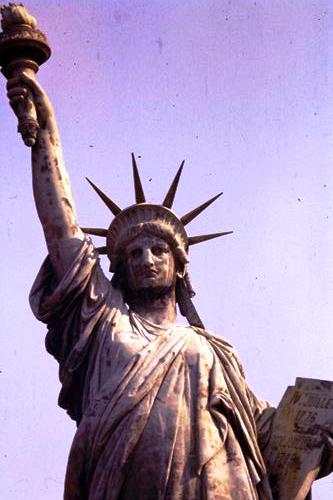 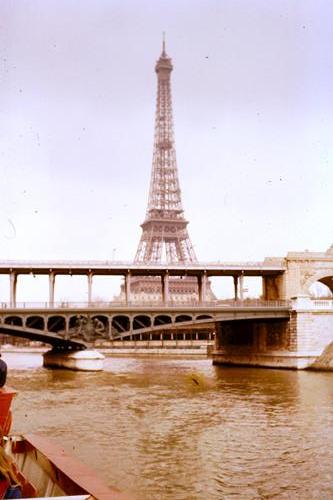 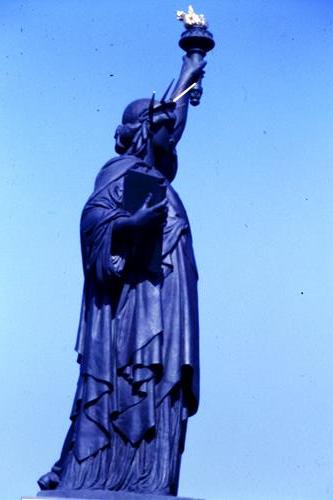 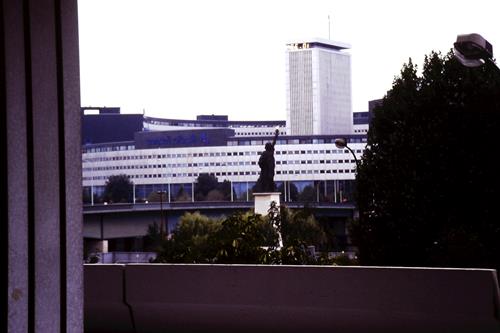 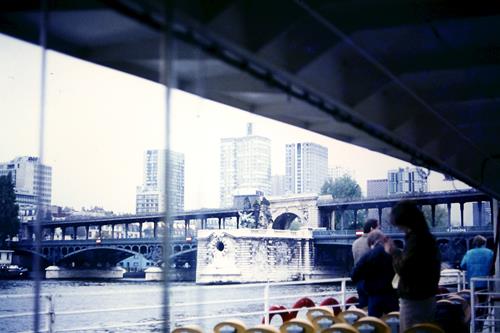 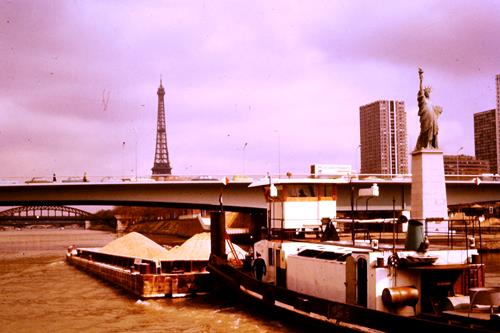 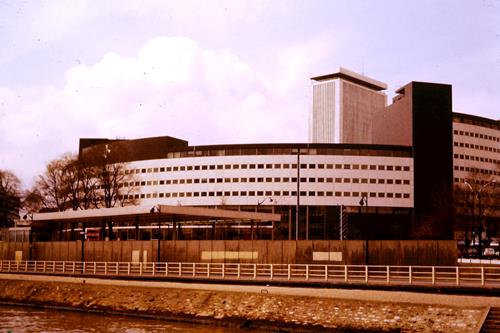 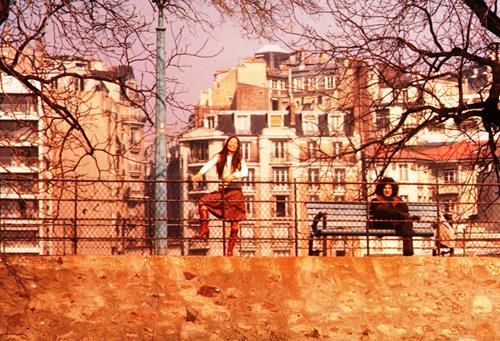 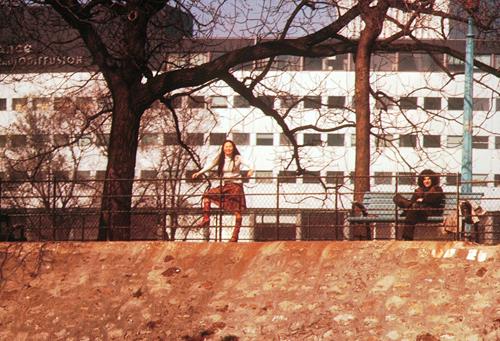