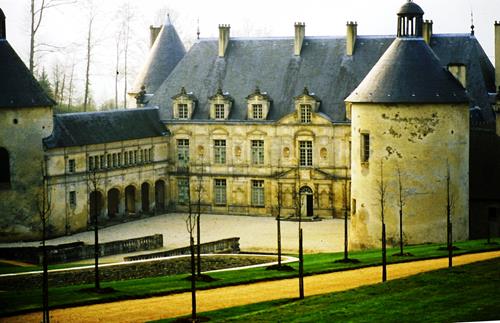 Roger de Rabutin, Comte de Bussy, was a nobleman at the court of Louis XIV.
Unfortunately, he had a wicked sense of humour, which he was inclined to use at the expense of the King's friends, or, worse, his mistresses.
The ultimate disgrace for a courtier was to be sent home to his estates, and this happened to him quite often.

As his family seat was a draughty medieval castle, he spent his time in exile doing the place up.
The result is the enchanting Château at Bussy-le-Grand.