After the Storming of the Bastille in 1789 the fortress was pulled down and the stones were carted off
to be used for building – the Pont de la Concorde is made of them. The square as it now stands was laid out by Napoleon I in 1803.
To the West of the Square, white stones in the roadway mark the place where the original building stood;
and in the Metro station a tiny bit of the inner wall of the moat is preserved, along with a permanent exhibition showing what the Bastille used to look like.In the centre of the square is LA COLONNE DE JUILLET, the July Column.
This has nothing to do with the storming of the Bastille in July 1789. It originally commemorated the revolution of July 1830,
when Charles X was forced off the throne and Louis-Philippe onto it.
On top of the column is, as you might expect, a Statue of Liberty. What you might not expect is that it looks very like Eros.
At one side of the base are carved the names of those who died in July 1830 to put Louis-Philippe on the throne.
On the other side have been added the names of those who died in the Revolution of July 1848, which put Louis-Philippe off again.
It’s a funny old world. The column itself is 170 feet high, and there are 238 steps inside, but you aren’t allowed to go up. The enormous new building to the North of the Square is the Opéra de la Bastille, which is now the principal Opera House of Paris.
I wish I found it interesting enough to write a whole page about, but really that first sentence says it all. The road leading from the Hôtel de Ville to the Bastille, where most of the people lived who formed that mob in 1789, is the Rue St. Antoine,
nowadays a centre of furniture manufacture. In this street in 1559 a tournament was held. King Henri II jousted with a Scottish Knight called Montgomery,
whose lance splintered. One of the pieces went through the holes in the King’s visor and through his eye into his brain.
He died several days later, but History does not record how they got his helmet off. 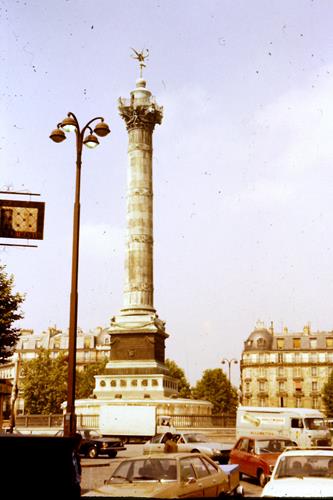 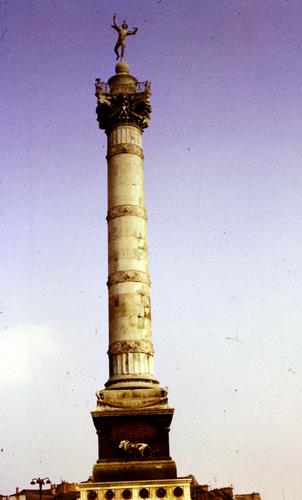 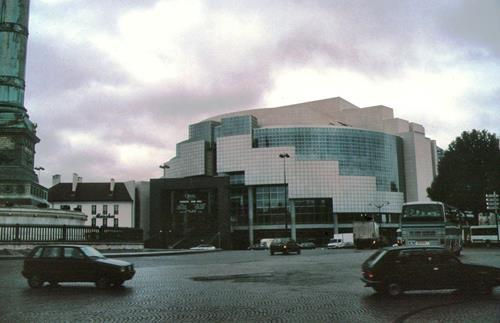 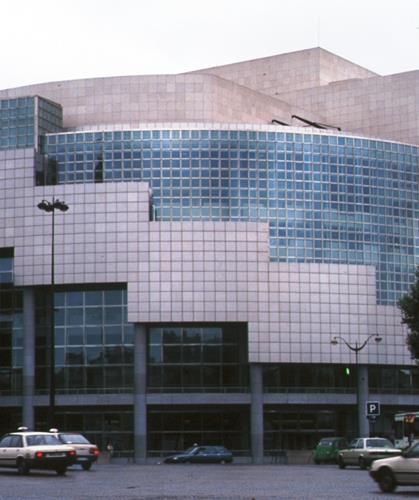