When Henri II first saw Diane de Poitiers, he fell in love. He was five at the time, so nothing came of it until he was King,
at the age of 14. Diane was 34. She remained his mistress for the rest of his life, though he was married to Catherine de Médicis,
a distant cousin of Diane and not a good person to have as an enemy. Henri gave Diane the Château de Chenonceaux,
arguably the most beautiful of the castles of the Loire, but when the King was killed in a tournament, Catherine took it away again.
Diane retired to her late husband's property at Anet, which she decorated with sculptures related to hunting;
Diana the huntress was her favourite goddess, and she loved the chase all her life. 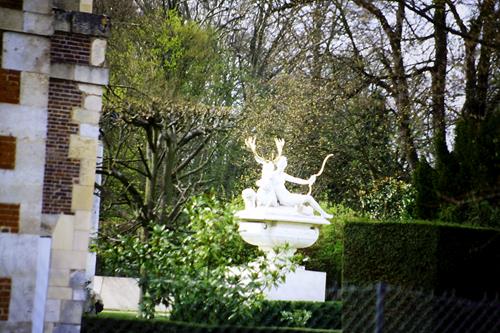 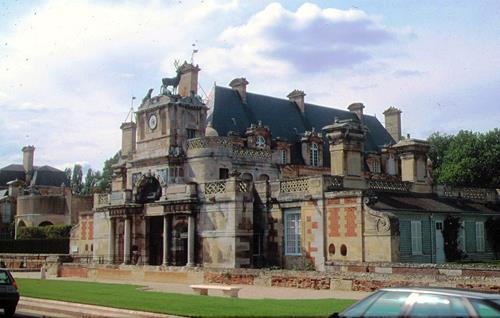 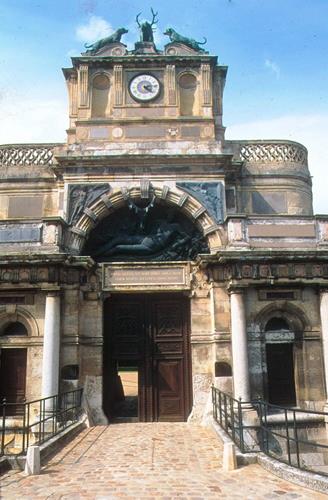 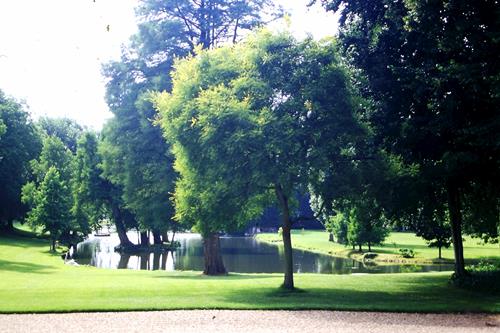